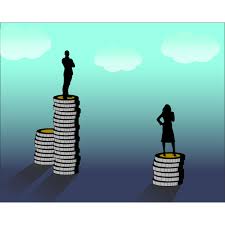 Employers with more than 250 employees must file their gender pay gap information next week by the 4th April 2018.  At the beginning of March only 1/6th of employers had filed. We’ve heard about the high profile companies, like the BBC, Easy Jet, Ladbrokes and Virgin Money. And we’ve all gasped at the gap, and read with interest the narratives behind the figures.

The Office for National Statistics reports that the gender pay gap in the UK shows than men are paid a whopping 19.5% more than women. This doesn’t necessarily mean that women are doing the same jobs for less pay than men, it’s often that there is an imbalance in the distribution of women in higher paid roles. For example, Easy Jet reported a 52% gender pay gap which was explained by an imbalance in the number of males and females in pilot roles, a job which has traditionally been seen as a ‘male’ job. To redress the gender gap somewhat the CEO at Easy Jet took a pay cut so that his salary matched that of his female predecessor.

So are we about to see a number of highly paid male executives reducing their salaries? Even if they did, this might help reduce the gap, but it doesn’t necessarily help women get into higher paid leadership roles more easily. Shouldn’t we be developing our future women leaders better, and providing opportunities?

Recent data has shown that organisations are achieving higher levels of financial success with more women in leadership roles, so what are the women doing that the men aren’t? In Lumina Learning’s recent white paper – Why Organisations Should Hire More Women Leaders – they reported that there is little difference in personality between the genders but there are some notable exceptions. For example, men tend to be greater risk takers and women tend to be more empathetic. When we are hiring or developing our future leaders, are we really thinking about what makes for success, or are we still far too attached to much of our literature on leadership, which seems to be focused on behaviours we might associate with extraversion, and ‘male’ behaviours, like risk taking? Is that what organisations really need? To quote Margaret Wheatly, Management Consultant and author, “Leadership is a series of behaviours rather than a role for heroes”.

For information on Team Building, Executive Coaching and  Lumina Spark personality profiling, contact me at liz.jewer@hrthink.co.uk